The ESal Story – The Secret is in the Water 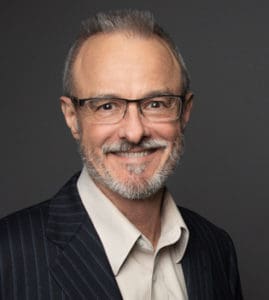 In a cyclical industry, oil and gas producers are challenged at every stage of the field lifecycle to do more with less. Fortunately, advancements in technology provide tools for operators to increase efficiency, productivity and adapt successfully to change. From rotary drilling rigs, to 3-D seismic, data management and multi-stage fracture completion techniques, innovation has helped operators find more oil, unlock new resources and improve productivity and efficiency. Given the proliferation of new technologies, there has never been a better time to be an oil and gas producer.

Innovation, however, is sometimes developed in the least expected places and ESal was born from what did not happen.

In 2010, Geoffrey Thyne Ph.D. was testing low salinity waterflooding to increase oil recoveries in the Minnelusa Formation in Wyoming. Low salinity waterflooding had worked for many sandstones in the lab. It had worked in the field tests in the Kuparuk sandstone in Alaska. It had worked in Syria for Shell. Yet, the same technique failed to generate positive results in the Minnelusa. What was wrong with this sandstone? After further research, it became clear that the Minnelusa was just the tip of the iceberg. Other fields had failed to produce additional oil regardless of the salinity injected, and Geoff was determined to find out why.

After more than a decade of research, Geoff discovered that low salinity wasn’t always the answer to increasing oil recoveries. Instead, he discovered that while changing salinity can change wettability. Each hydrocarbon reservoir has an initial wettability that controls recovery, and that wettability is a function of many critical variables, including salinity. The real goal is to improve wettability to increase recovery. Today, ESal knows why the Minnelusa, and many other formations, failed to respond to low salinity waterflooding. It turns out that the secret to recovering more oil is in the water, but only if you know how your wettability needs to change.  ESal can optimize reservoir wettability by altering the salinity of the injected water in new well completions, waterfloods and enhanced oil recovery projects.

Based on Geoff’s groundbreaking work, ESal created tools for screening, testing, designing and deploying wettability alteration by salinity – Engineered Salinity™. The ESal solution has the potential to increase oil production and recovery by up to 50% for less than $4 per barrel without investing in new equipment or using chemicals.

Prior to ESal, the industry standard process for evaluating the potential of changing salinity in a field cost millions of dollars over a period of four to six years. The ESal solution cuts that time and cost exponentially. Our screening tool can predict your field’s potential in weeks and our laboratory test that can demonstrate the potential in only months.

The ESal solution works in primary, secondary and tertiary recovery phases by altering the salinity of reservoir water in an ethical, environmentally responsible way. No new equipment is required, no change in existing operations and no chemicals are used.

Engineered Salinity from ESal is simply the most cost-effective way to get more oil out of the ground.

Esal was recently featured in an issue of Oilfield Technology. The article starts